The following photos were taken with a Nikon Coolpix 995 Digital Camera. These two birds were in the burned area approximately 3.2 miles down FR289 from it's intersection with NM 4, just west of Los Alamos, NM.

These two birds were in the burn that is down the second two-track on the left side of the road, back toward the edge of the ridge. These two photos were the best of approximately 215 shots that were taken! (Don't you just LOVE Digital? :-) ). The light was somewhat low in the morning and both birds were actively feeding. Motion blur was the biggest issue. Both birds stayed on the same tree for over 40 minutes. The distance from camera to bird was approximately 40 yards.

Special thanks to Ken Schneider for directions to this area and leads on where to find these birds.

Comments? Questions? Drop me an Email! 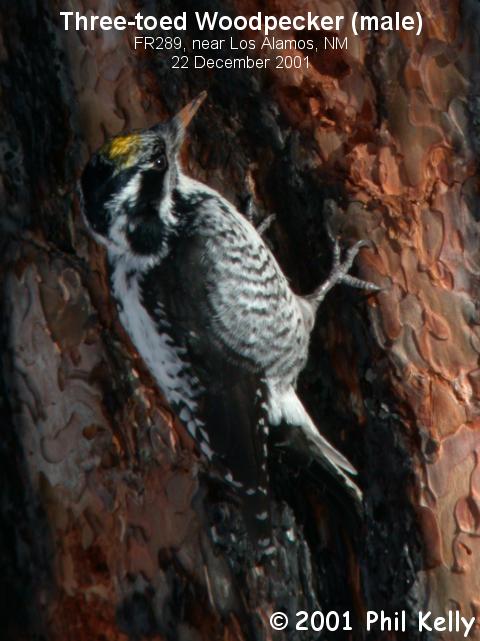